What Is the Number One Franchise to Own? 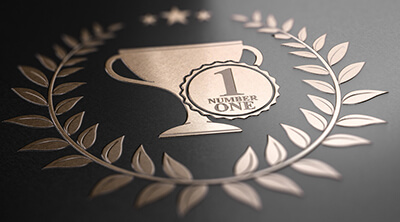 As you consider all the “number one” franchises out there, ask yourself what you want your life to look like as a franchise owner. When you’re searching the web for “franchise opportunities near me,” which franchises pique your interest? Many lists of the up and coming franchises contain food franchises—does that appeal to you? Are you more concerned with high profit margins? Freedom from day-to-day operations? Or something else? To help you figure out which franchise is best for you, let’s take a look at some of the top franchises from a couple different angles.

What Franchise Is the Most Profitable to Own?

This is probably the most important question to franchise owners—how much money am I actually going to make? While the answer to that question will ultimately depend on the effort you put into the franchise, here are some franchises that are well-known for turning a high profit:

Want to browse other profitable franchises? Give this Top 25 Franchises list a look.

Which Franchise Is Best With Low Investment?

If you’re curious which franchise is cheapest to own, check out the ones on this next list:

What Is the Best Food Franchise to Open?

It’s hard to go wrong with a food franchise—you can always count on people being hungry! You’re likely familiar with industry giants like Dunkin’ Donuts, Taco Bell, or Burger King, but these popular franchises usually have high investment costs. If you’re looking for a food franchise with buy-in that’s a bit more manageable, here are a few unsung heroes making waves in the market:

Whether you’re looking for the number one franchise opportunities in Texas, Washington, Colorado, or elsewhere, our directory at Franchise Opportunities has plenty of franchises to browse. Start searching by industry, investment level, location, and more today!