Who's Your Business Hero? (And How to Become Them) 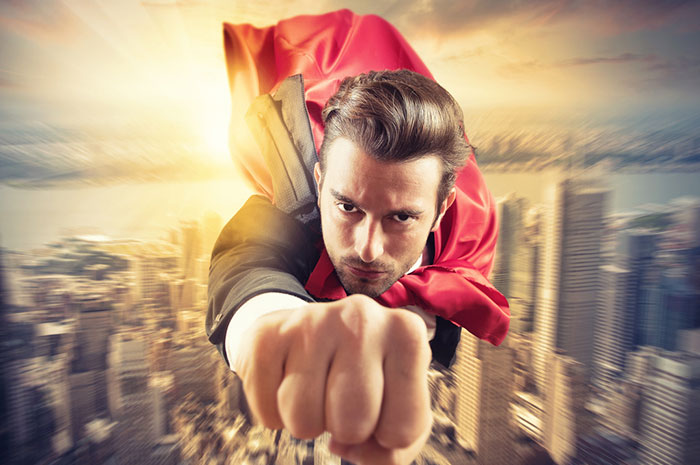 Who's Your Business Hero? (And How to Become Them)
Everyone is a hero to someone. There are, of course, those who are well-known and admired by the masses. But there are also heroes who impact a small audience, likely those within a niche, or even a family member who made a big impact on another's life.
Having a hero may not be something you readily think about, but you probably have them as well. This could be someone who came before you, who inspired you, and who made you want to become something. They might have even directly helped on your path to starting your own business.
So who are those heroes? Take a moment to identify those who have been instrumental in your professional path. This doesn't have to be a single person. It can be a combination of many people and their respective traits. However, picking them out from a crowd can help you pinpoint what it is you like about their professionalism, what it is you felt that you learned, and more. It can also help you follow more clearly in their footsteps.
If you're so inclined, you can reach out to this person (or people) and let them know how influential they've been on your path. They may or may not know they have folks who are looking up to them. However, it's certainly not a requirement. All that is required is that you learn from what they have/had to offer in the world of professional or even personal growth.
Make a list if you prefer, or simply a mental bullet point of who helped you and why. Better understanding what makes up your list will help to determine why you made it in the first place, and what traits you value most in the professional force.
How to Become a Hero
It's time to create your own success. Take what you've learned from your mentors and put this knowledge into action. You'll build your franchise, you'll grow your brand, and you will take steps to become more and more efficient every single day. This is, after all, the job you've been wanting. You are simply taking information gained from others (who are extremely knowledgeable) and using it in your favor.
Somewhere along the way, you're likely to put your own spin on things, too. You'll get a wild hair or a creative idea, and put it to action for a fresh way of doing things. And thankfully, because you gained so much outside knowledge from those before you, you will already know what does and doesn't work (without having to take on much risk of your own.)
Now, rinse and repeat. As your business continues to grow, you'll get better at your job, and your business itself will expand. That means, even more, lessons will be learned and new tactics tested out. Then before you know it, you've actually become successful. You yourself have become a source of knowledge. Somewhere others want to go to learn how it's done. Or, in other words, you're on your way to becoming a hero (if you aren't one already).
Being a hero isn't so much something to strive for, rather it's just something that happens. With hard work and continued success – on any scale – you can prove to others how much perseverance pays off. Newcomers can then look to that example and use it for their own professional motivation. Just in the same way you leaned back on others' previous achievements.
Then, by understanding the value of others' inspiring you, you can use your own momentum to do the same.