Who is the employer in a franchise? 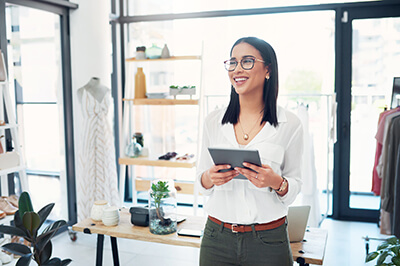 As a franchise owner, you’ll get all of the support you need to learn how to start a franchise. Your franchisor can provide invaluable guidance and even training, which can help you during the startup phase of your business. You may even be in charge of the hiring for your franchise.

But that raises an interesting question: who is ultimately in charge in a franchise arrangement? Is a franchise owner classified as an employer or an employee? The answer to that question depends on the franchise. This article looks at issues relating to who serves as the employer in a franchise business model.

When Is a Franchisee an Employee?

A franchisee can operate as an employee when the franchisor regulates most of the basic decisions of the franchise location. But like most things in life, it’s rarely that simple.

Franchise agreements have become increasingly complex over the years, with franchisors providing input on how to start a franchise, as well as specific guidelines regarding the ongoing business operations.

Many franchisors have come to exert considerable authority over the behavior of the franchisee. Franchisees are expected to adhere to a highly specific set of company regulations in order to comply with the terms of their contract.

At the same time, their status as “joint employers” means that they share in legal liability in the event of an employee lawsuit.

These trends have caused the National Labor Relations Board (NLRB) to reexamine the way that franchises classify their franchisees. If franchisors continue to influence the decisions of the franchisee, then they assume the role of a joint employer in the relationship.

What Is a Joint Employer?

Historically speaking, franchisees have been considered to be the employer of their staff, at least as far as the franchising company is concerned. But while franchisees are governed by their parent organizations, they are far from obedient soldiers.

As a franchisee, you’ll make your own day-to-day business decisions, ranging from financial decisions to hiring for your franchise.

This means franchisees function as their own class of entrepreneurs. On paper, it’s not dissimilar from being an independent contractor since the major governance of the franchise will be in the hands of the franchisee and not the parent company.

When the franchising company exerts influence over the business decisions of the franchise, it’s behaving like a “co-employer” or a “joint employer.”

What Is the Legal Distinction Between an Employee and an Employer?

As of 2020, the U.S. Department of Labor has established clear guidelines that delineate between employers and employees. A franchisor can determine whether it’s a joint employer based on how it handles four important factors:

In short, a franchisor that strongly influences the hiring for your franchise, as well as the operating conditions for your personnel, will be considered to be a joint employer.

The franchise agreement will establish the relationship between your franchise and the franchising company. Read this document carefully, and don’t be afraid to consult a lawyer.

Does the franchisor intend to influence your day-to-day decisions? Do they intend to regulate your employees? If so, you may have a joint employment relationship on your hands, which may mean you have less control than if you were the sole head of your franchise location.

Ultimately, it’s up to you to decide the sort of franchising arrangement you’re comfortable with. If you don’t know how to start a franchise, then the guidance from the franchisor may be something you welcome. But if you’d prefer to handle your own decisions, you may feel stifled by an overbearing parent corporation.

These considerations illustrate the importance of finding the right fit. At Franchise Opportunities, we assist in this process through other educational resources like this one, as well as with our franchise locator. Just enter your zipcode to locate franchise opportunities near you, and start your journey toward profitable business ownership.