Minneapolis is Banning Some Drive-Thrus… How the Move Affects Franchises 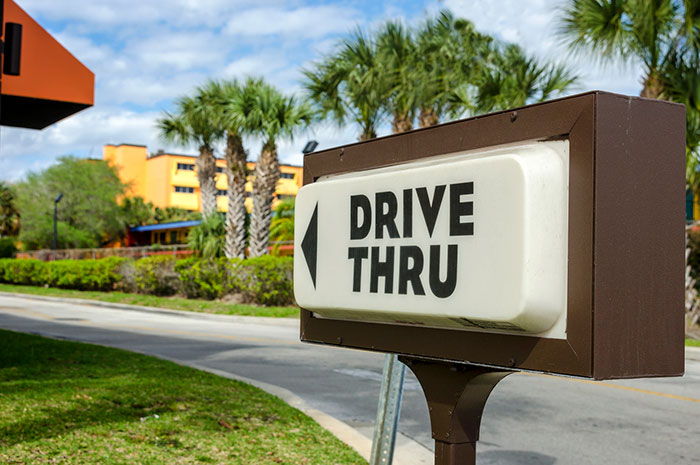 Minneapolis is Banning Some Drive-Thrus… How the Move Affects Franchises
In the city of Minneapolis, many franchisee owners are getting a surprise: their plans for building a drive-thru are being denied. There are no code regulations, no adhering to restrictions, etc., the city is canceling such requests before they even come in.
The change comes at even more of a shock, considering how many drive-thru businesses are in existence today. Across the entire nation, it's a practice that changed the face of fast food, and allowed thousands to expand their businesses by allowing both eat-in, and carry-out diners. Driving through hasn't been limited to just restaurants in recent years either. All types of businesses, like video rentals, liquor stores, even car maintenance venues offer similar models to keep business moving.
It's not the convenience that's caused an entire citywide ban, however, instead it comes with a two-fold need. First, to create safer streets and sidewalks for pedestrians. There's no doubt that adding another direction in which cars can come into and out of a street sounds dangerous, and eliminating that factor all-together can allow for safer interactions. Specifically, in areas with a larger number of walkers. The other reason behind the rule is to make better use of city space, especially in areas with high-demand real estate.
Makes sense, right? Especially among city centers, which are known for foot traffic, and are more likely to be bogged down by vehicles waiting for walkers and vice versa. It's a move that's made to increase business flow, and eliminate conflict.
For now, the ban is temporary, though it has been listed as "extended," meaning it may or may not be lifted in the future. Similar bans have been implemented in California (some cities, since 1982), North Carolina (dating back to 1999), Virginia, and more.
A Wave of the Future?
Some say yes. Considering this ban has been around since the early '80s, it was only a matter of time until it went mainstream. Restaurant and prediction experts alike say "no more drive-thrus" is likely the future, a stat they have been predicting for over a decade. The American way is no longer leading toward convenience and ASAP, it's reverting back toward character and charm, and preserving what we have. This trend has been building nationwide; the drive-thru (or lack thereof) is one more place Americans are looking to change the status quo, and make home a better place to live.
But let's get real – future or not, this change is going to affect franchisees … fairly significantly. So what does this mean for current owners? As well as those just joining the game? In reality, it's just another law that must be followed. Owners can determine whether they want to find a location with a current drive-thru, or opt for a new spot that's walk-in only. The good news, however, is that no one else is able to have a drive-thru in that area, either (unless they were grandfathered in). You're on an equal playing field. Rather than focusing on traditional window sales, it's an opportunity to expand your efforts and become more creative with marketing. To better adhere to foot traffic, to appeal to the local traffic and trends, and more.
Though the transaction is still in place, this is an exciting time in the franchise market, and gives business owners – and potential owners – a rare opportunity to move forward and to reevaluate company sales.
Drive-Thru Fast Facts