Is Your Business "a Gamble?" Here's How to Shut Down Naysayers 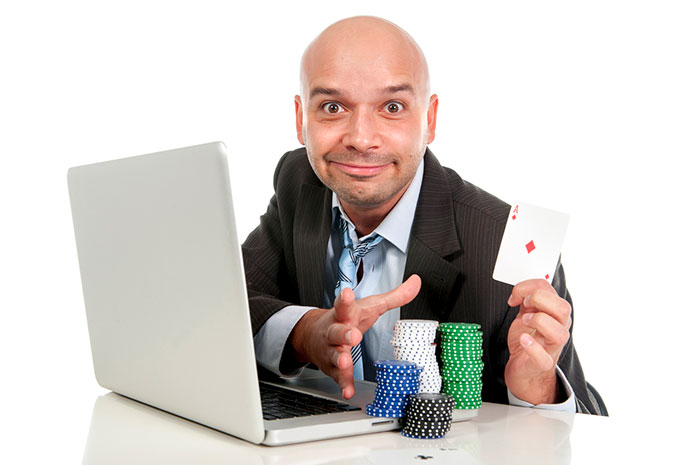 Is Your Business "a Gamble?" Here's How to Shut Down Naysayers
No matter how "sure" of a plan you have, there will be those who come to shoot it down. You can have every single possible thing in place, whether it be personal, the world of business, etc., and there will still be those to come in and say, "Well what about X, Y or Z." And as frustrating as that might be, it's also life. You have to let them have their opinions; it's simply less competition you will have in your own franchise. It's obviously not for them, meaning they'll stick to outside venture instead. Good riddance.
But that doesn't mean their concerns won't have you worried.
So how do you deal with their negativity? Should you be worried about some of the points that have been made?
The Negative Nancies of the World
First things first, realize that some people have negative opinions about everything. Take a step back and look at who you're dealing with. Who said it? How well do you know this person? Is this a habit that they have? If this isn't the first times they've come and stepped on your dreams? Remember their past infractions. Regular negative Nancies are also easier to ignore; their comments aren't about this particular project, they're just how they are.
Then again, when those close to you bring up good points, it's time to listen. Anything worth pursuing should be well vetted, and thoroughly planning/understanding what could go wrong will leave you better prepped to run your business. That's how you learn you aren't "gambling" with your business plan and that your future franchise will become a success.
After the initial conversation about your franchise, take a step back. Let all the comments soak in, then make an informed opinion after looking at all possible angles. Don't be afraid to ask for others' input, either. Especially someone who knows both you and the naysayer personally.
Are the Concerns Valid?
Next, ask yourself whether or not someone's comments hold any weight. Did they talk about real issues that might arise? Or did they simply point out the obvious? Or worse, grasp at crazy scenarios and try to use them to sway your opinion?
When vetting your franchise, chances are you've looked at even the craziest of outcomes so you'll have a good idea as to whether or not they're grasping at straws. (And even if they are, whether or not you should listen.)
Once you've done your research, you know what to expect. You know you're not making a gamble, and more importantly, you're doing everything in your power to become a success. (Even ignoring those who get in your way.)
The Comebacks
In any case, you still have to talk with those who are against your franchising plans. Whether or not you agree with their take, polite conversations must be had. Have a few go-to comments in your pocket such as, "I'm looking into it," or "There's protocol for that." Or, you can even shut them down by saying information is confidential and can't be discussed. You hold the power here. So long as you're polite (after all, you are practicing your diplomacy as a business owner), it's fair game.
You should also work on your game face so as to not look too surprised or outraged at what someone had the audacity to bring up.
Now What?
Go forth and prosper! Whether you take negative feedback as an opportunity to learn more about your brand, or you simply ignore them, it's time to move forward with your franchising dream. No matter what you do, or how much vetting is involved, there will always be the person who can find something wrong. That's simply the way of the world. Don't let their harsh comments stomp on your dreams. And instead, use it as an opportunity to win over one more person with your thriving business.
To learn more about franchising, education and proper preparation, check out our past blogs or get in touch today.