How to Play Well With Difficult Customers 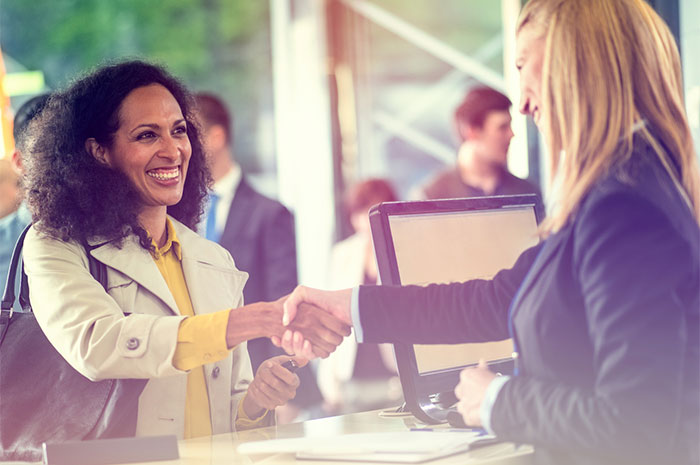 How to Play Well With Difficult Customers
We've all been in a "the customer is always right" type of situation. Whether you were the customer and something went wrong, or you were the very frustrated business owner, a power play came to light. The thing about customers, however, is that they're very often wrong. Especially the ones who are most demanding. They're obnoxious, expectant, and assume that every single whim should be taken care of … no matter how lofty.
Yet there's still this little rule that excuses them. It says patrons can do no wrong. A rule that's been fueling tantrums for years.
As the business owner, how do you handle such situations? Immediacy tells us to take care of it right then and there. Hang up the phone. Throw them out of the building. Or ban their business forever. To react in the very way your customer has done, and by fighting fire with fire – in level of rage, and with impending results.
When taking time to evaluate the situation, however, it becomes clear that this is a reaction that will hurt, not help. It will make you, the business owner, lose out on customers and monetary gain, it will make you look bad to others, and in all honesty, it won't make you feel nearly as good as you'd think. (Trust us, we've heard from plenty of "we had to stand up for ourselves" type of professionals.) Which is why, instead, these difficult customers must be treated with respect. No matter how impossible that might seem at the time. You never know who they might know, or who will see the interaction and be impressed, rather than horrified by a bout of daily drama – that was escalated by a local business owner.
To Play Well:
Get a Game Face
Of course it's hoped that such interactions won't happen often. (Or at all.) But if/when it does happen, it's important to know how to react. To stay calm and actually listen to what the customer is saying – even if they're saying it loudly, or are talking logic that makes no sense. Smile politely and make the necessary comments to show pleas are being heard, and you're doing your best to accommodate their needs.
Follow Up
If at all possible, actually take the steps to right a "wrong." The most difficult of them all will be asking for something that inevitably can't be done. But that doesn't mean a gift card or note of thanks won't break some serious ground. Of course, reasoning should always be explained, too; even if they still aren't happy you'll fully know all angles were approached with this hard-to-please shopper.
Take Notes
As soon as a situation gets heated, it's a good idea to start keeping a record of events. This can be a notebook or a computer file, so long as details are included. That way, should something escalate, you can show when conversations took place, what was said, and what was done to try and resolve said issue. Saving emails or phone records can also help further your case.
Should something get especially dicey, it's best to contact your lawyer about what should/shouldn't be said. They'll also be likely to limit interaction and keep their own records of when and what each conversation entailed.
Let the Anger Out
It helps, we swear. Even if you can't react the way you want to, to the person you want to. Every little bit of venting can collectively cool your jets. Write a nasty email (in a Word document, lest it get accidentally sent to the deserving party … or anyone). Call up a trusted friend or your significant other and rant, without mentioning names or specifics. Or simply expend some energy and let the body eliminate its tension through exercise and burned calories. Each of the above (or your own special preference) will leave you less stressed and more equipped to deal with those who are unwilling to compromise.
Take Steps to Communicate
In some cases, folks are just downright impossible. No matter what you do or may have done, they just won't be happy. It's not a situation that's ideal, but one that still happens. In other cases, however, a change here or there may have helped to seriously diffuse a sour deal. Work on locating those adjustments and incorporating them into everyday business. Simply by communicating with others – letting them know what's available, or asking how something could have been made better – you can create a happier experience for all involved.