How and Why Women are Making a Splash in Franchising 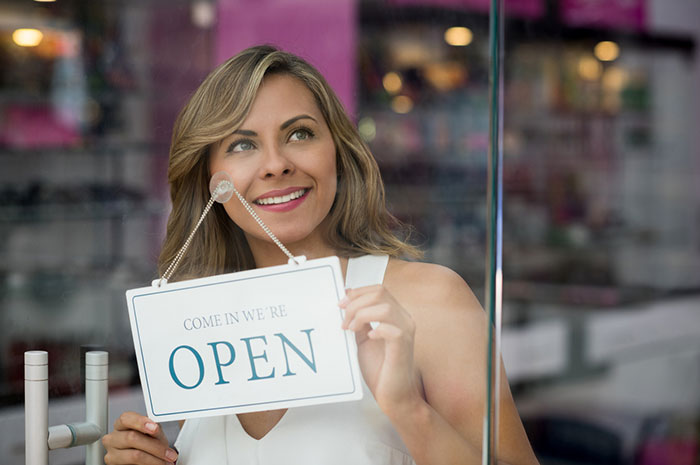 How and Why Women are Making a Splash in Franchising
They're here and they want you to know about it. That might be true of anyone opening a new business, but it's also true that there's been a growing trend of women business owners – many of whom are making their way into the franchising world. It's a practice that might not be anything new, after all, women have been owning businesses for decades. What has changed, however, is the trend; people are talking about it and celebrating this fact now more than ever. So while it might not be a big deal, in terms of marketing, it very much has become a thing of the now.
So what's the big deal, anyway? With women business owners landing themselves as a trend – whether they realize it or not – a number are capitalizing on this very fact. And playing up their newfound popularity as much as possible. By putting themselves as the face of a company, doing interviews and sharing success tips, getting the word out about their new business (and that yes, it's owned and operated by a female), and more have all brought in great exposure.
Essentially, women business owners have found a way to cash-in on this trend, and are benefiting by way of their companies.
Why the Change in Trend?
Good question. Trends come and go, and for whatever reason, they're made popular at the time … until they're not. Women in business is simply another of these trends to take the franchising market by storm. Rather than trying to predict these things, most business owners have kept quiet, and instead, capitalized on what works. That has meant – for the past few years – celebrating women business owners, how they earned their success, and how they continue to run a growing business.
It's also a fact that has led to even more women in franchising. By seeing those who have done it first – and done it well – many a business owner has been inspired to take on the same fate for themselves. When the will is in place, sometimes all it takes is knowing others have been there first, and have been successful at owning a location and making a living for themselves. Others might not have considered franchising until seeing another succeed. In either scenario, however, women franchisees have grown in population since this "trend" has gone mainstream.
A Different Approach
Another way to look at women in business is how they act in a professional setting. Women bring an entirely new dynamic to the business world, and therefore, they run their locations differently than some of their predecessors. Even when skills or education backgrounds are the same across genders, women and men will have experienced different childhoods, different social norms, and more. Add in scientific factors, such as expectations or how each person is more likely to handle a situation, and the differences grow from there.
Just like every different business owner will bring their own spin to a company, women will bring different ideals and motivations to their own franchises. This has arguably brought on a great deal of success, too.
And the How
Women in the franchising world are here, they have the drive, and they're willing to work. And they're steadily making a splash in the franchising world. While this might not be anything new, it's an area that marketing and advertising are fully celebrating, and one that more and more professionals have been able to take on, simply due to the spreading of accomplishments.
If you're a woman (or a man) ready to take on your very own franchise, get in touch today and let us help you through the process!