Here's Why You're Never Too Young (or Too Old!) To Start a Franchise 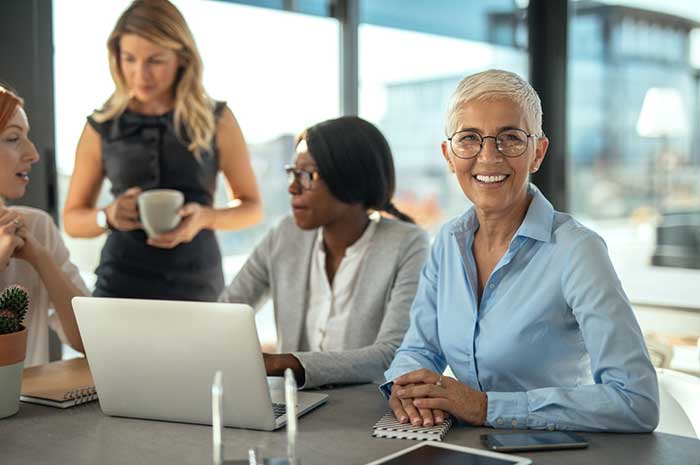 Here's Why You're Never Too Young (or Too Old!) To Start a Franchise

When opening a business, there are many different scenarios that cause self-doubt. That's not to say that doubt is validated, of course, rather that starting something big and new (for instance, a business) makes you second guess each choice.

More often than not, you are being harsh and your own worst critic. This also means anything and everything can cause you to stand in your own way.

Like an argument about age. It's often said that "starting a business is a young man's game," or on the opposite end of the spectrum, "you need years of experience to franchise."

But as the old cliché goes, age is just a number. It doesn't matter if you're old, young, or anywhere in between, if franchising is your dream, go out and make it happen.

Being an entrepreneur is all about busting down obstacles as they come, so why not start creating your own path from the very get-go?

The Theory Behind Age Limitations

Let's consider what's meant instead of what's actually said when talking about age and franchising. No one is saying you can't do something based solely by your age; they're saying certain things will be required of your efforts and time. Things that are stereotypically thought to be had or lacking by each generation.

There's one big reason you shouldn't listen to these stereotypes, however: you don't fit the mold. You don't want the 9-5, working for someone else, clocking in and getting your W2 each year lifestyle. You want to be the boss, to be in charge of the brand, to help the business grow.

Think about it: if you're "too young," you will be able to learn on the job. You can ask questions and learn from others. Ask a mentor, watch what others have done, enroll in courses, and so on. If you have enough will to make your franchise a reality, you will find a way to make it work. The determination alone will pull you through.

If you're "too old," you will likely have more experience and skills. No matter what they might be, they can help you as an entrepreneur. You can use your previous jobs as lessons to give yourself a head start. You'll also be better at delegating or using your contacts to get things done.

In either scenario, it's your want to be successful that is going to push you toward success. Also in either scenario, you'll learn that your age actually doesn't matter. The business owners with the best growth are those who put in the time and effort. Those who keep going are able to overcome their lack of experience, lack of excess time, or whatever else you might be lacking, you'll have the willpower to learn and/or find the best solution to the issue at hand.

Looking Past What Others Think

The sooner you're able to get out of your head and block out others' doubts, the better off you'll be. Doubts can waste a large amount of time and energy, and ultimately, take away from your ability to build your new franchise. Avoid the talk that covers anything negative and work toward everything that's goal-oriented instead.

Next, rather than even considering your age as a factor, look toward your skills and your drive. What makes you want to build a business? What experience do you have? What steps have you taken in order to move forward? What are your ultimate goals for business growth?

It's your drive, your passion, and your love for your work that is what will bring your franchise success. That hard work that you're able and willing to put into your company is ultimately what will help it grow.

When you're ready to start your own franchise, it doesn't matter what anyone else thinks. Use your own life experiences – no matter how many of them you have – in your benefit. Gain confidence in your own skillset and use it to your favor.