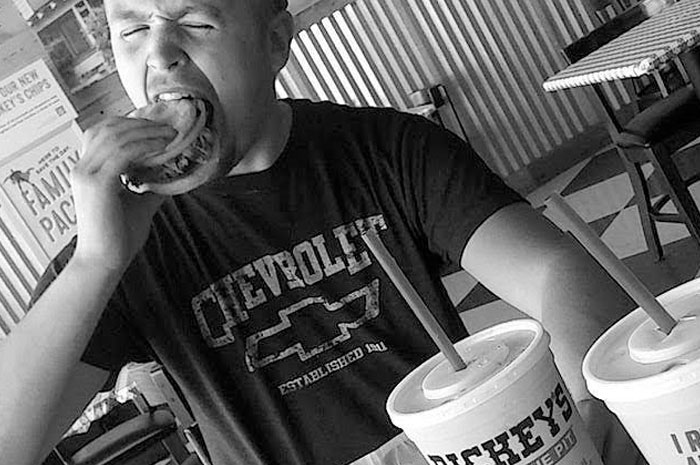 Meg Heintzelman knows good barbeque when she sees it. Or rather, when she smells it. And as the owner of a Dickey’s Barbeque restaurant and developer for the state of Pennsylvania, it’s a fact she has yet to forget.

“You can smell [the barbeque] outside the restaurant,” she said. “When people smell it, it pulls them right in. It’s so enticing, people are practically drooling when they come in.”

In Pennsylvania, a state she says isn’t exactly known for its smoked meats, she’s been able to not only bring good barbeque to the area, but draw in customers by the taste, and marketing of their daily cooking.

A former nurse located in Bethlehem, she was the first to bring Dickey’s to the state. Six years later, the company now has nine BBQ franchises in PA, with three more opening by the end of the year. A process she helps other franchisees work through as a state developer with the company.

Personally, she said her restaurant has seen about 13-14% growth year over year. A stat that she’s very proud of, especially after having opened just months before the economy tanked in 2008.

“I was introducing an absolutely unknown brand in the area. It took a while to brand ourselves and make people aware,” she said. “Within two years another branch was open and I’m proud of that.” Adding that her success allowed for interest in the state for additional franchisees.

How Dickey’s Came to PA
After working for years in the nursing industry, Heintzelman said she learned about Dickey’s from a friend, who was also looking to franchise with the company. Just a few months later she met with Roland Dickey, Jr., Dickey’s president, and was immediately hooked.

“I was so inspired. It was very infectious and I caught the bug,” she said.

Even though it’d be up to her to run the business – her husband was busy running his own company, as were their other investors – she jumped in and hasn’t looked back.

Two years later she took a position as a developer and has been helping others do the same ever since.

What Works
Heintzelman said she has seen some of her largest restaurant growth from guerrilla-style marketing. Where she, or an employee, takes two hours out of the day to walk door-to-door and share coupons, company facts, and just let others know what they have to offer. (Each stop takes only 5-10 minutes.) Generally, this is done from 9 am to 11 am Monday through Friday, when a “brand ambassador” enters local businesses, menus in hand. She said it’s their goal to make sure others know about their catering business and to invite them to their local Dickey’s.

Because this is only done two hours a day, but has the potential to bring in large catering orders (which it often does), she said it offers a very high return on investment. Adding that each ambassador keeps track of their stops so they’re able to keep track of which ventures brought in which sales.

Though most of Heintzelman’s sales revenue takes place in her 64-seat restaurant, she said their catering is still a huge part of the business stream.

But it isn’t just her individual success that helps sell the restaurant franchise, she said. It’s the overall Dickey’s business model.

“Dickey’s has such a passion for the art of barbeque but it’s also a great system.”

After introducing barbeque into an area that wasn’t aware barbeque could be anything than pork, she said there are now almost equal sales of beef and pork. Though her personal favorite is the chicken. “It’s like no other chicken you’re going to find; it’s just heavenly.”

“It’s kind of taken the country by storm. Have a great product, a great price point,” she said. “If I have success at this it’s because I have so much belief in the brand”

About Dickey’s
Dickey’s Barbeque Pit has been in business since 1941, when it was founded in Dallas and set out to “perfect Texas-style barbeque.” Now under its third generation of Dickey family ownership, the company strives to create the same authentic barbeque, but on a much larger scale.