Food Trends that Made it Big 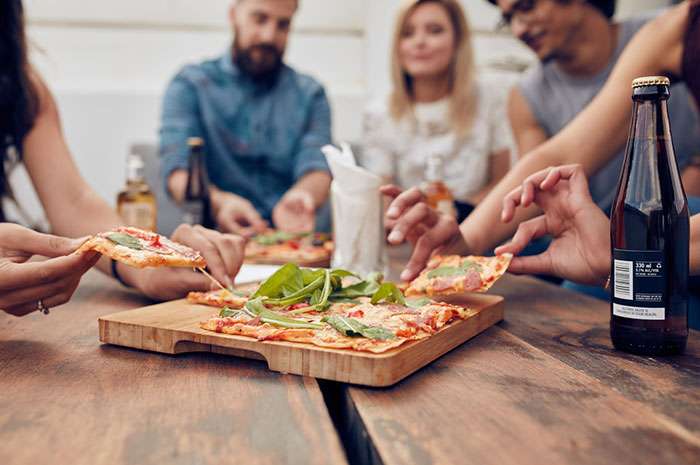 Food Trends that Made it Big
There's no denying that we live in a time where trends influence our choices. Styles, practices, flavors, ingredients, and more all have quickly grown into popularity and changed the face of businesses. For whatever reason, these items become all the rage; folks absolutely love them, and marketing teams are incorporating them into as many products as possible. Sometimes the trends are in for the long haul, other times they fade off just as quickly as they went in. (So quickly so that some of us didn't even realize it was a thing.) There doesn't seem to be a rhyme or reason as to why each habit made it big – kind of like fashion, folks tend to like what they like, and that's that. However, it also affects more than just what's available in restaurants, such as what types of foods are available, grocery store offerings, and more.
Here's our top picks of big-time food trends from the previous year. As well as how restaurants incorporated them … and whether they seem to be sticking around.
Going Local, Especially with Meats
Last year wasn't the first year for eating local goods, but it just might be the one that gained the most ground … yet. People are becoming more conscious about their carbon footprint, as well as what's put into their food. Items that are more local likely have been processed less, and have fewer miles to travel before they land on a table. Though this is more difficult to implement through fast food chains, sit-down establishments have been partnering with local butchers and farmers, and it's a trend that doesn't seem to be going anywhere soon.
Avocado Toast
The avocado has been scouring menus for a few years (just like its sister ingredients quinoa and kale), but now it's pairing its way with bread. But not just any type of bread, it's toast. Folks are making it at home, you can get it on your Subway sandwich, and virtually every restaurant around has the healthy mayo alternative. Last year was the year of the avocado spread. Considering it's a fairly easy replacement, however, it looks as though it too will stick around, even if only by popular request.
Labels
Organic, cage-free, no-preservatives, no MSG or high-fructose corn syrup – we've heard all of these terms. And chains are marketing them as effectively as possible. They're taking current dishes and making them healthy and appealing to the average eater. Considering this is more of a marketing effort than the food itself (even if food is organic, it doesn't have to be labeled as such), we're guessing it'll hold on for as long as consumers are filling them into their Google search bars.
Spicy Everything
Recent diners have proved that we like our food spicy. And so far, that preference doesn't seem to be fading out. Sauces are available, hot peppers can be added as a side, and our chicken flavors have never been more diverse (yes, chicken is back, and we're all pretty excited about it. Find the right chicken franchise for you!). This was mirrored in fast food value menus, as well as sit-down restaurants' upgrades to "make it hot" just by adding various sauces.
Back to Basics
Paleo has been huge, as well as natural flavors that boast great taste over hyped up ingredients – two changes to modern restaurant cooking that haven't been seen in decades. Essentially, last year brought on a time for folks to get back to basics with what they eat, and it gained some serious momentum. Likely because it doesn't meant sacrificing on flavor or food, it just means eating healthier dishes with a higher quality of ingredients. The basics have also been a heavier hitter for sit-down franchises, as getting too vegan-esque can be difficult for faster meals. However, they too have been embracing the trend by offering healthy options, going heavy on veggies, and highlighting nutrient-heavy choices.
As a franchisee (or potential franchisee), the real take-away here is the power of trends. When consumers are in, they're all in, and you can cash in big by playing up whatever new-fangled idea comes along. Thankfully, you also have a team of marketing experts and corporate advisors there backing you up, and paving the way toward trend-driven growth.