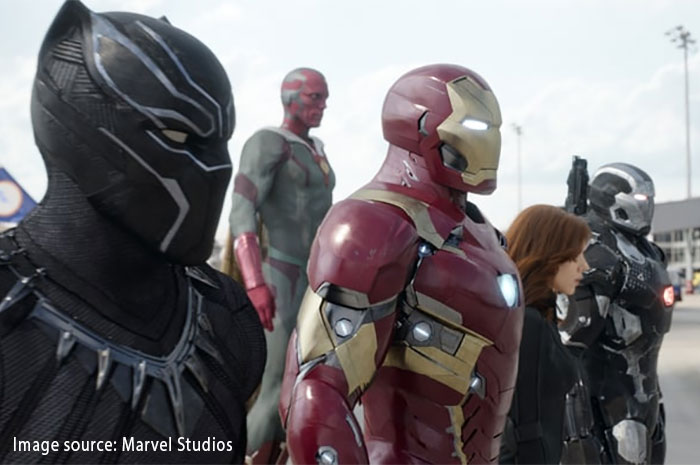 Childhood Heroes Who Have a Great Work Ethic… And What You Can Learn From Them
Though they might be young (or even fictional), the people on TV or in comics have long been giving viewers and readers something to strive toward. With their unrelenting confidence and ability to muster out of virtually any situation, these heroes gave their audience something to get excited about. They represented skills to wish for, and served as someone to look up to. Even if we were eating sugary cereal in our PJs while doing so.
The point is, these childhood heroes shaped the adults we grew up to be. They helped us create a personal work ethic to be proud of, and to push ourselves as professionals. Today, we look to apply the best version of ourselves in whatever respective field we might chose as a franchise.
From watching heroes on TV to following in their footsteps for our own path, check out what we learned from these childhood role models… and how we can still be using them to advance our careers to this day.
Every Superhero Who Has Ever Existed
You have your favorite, we get that. We're not here to argue who is best or more powerful. (Spiderman, Batman, Superman, or the more recent Black Panther and so on.) Instead, we look at the idea of superhero-ism as a whole. These icons saved lives, helped people in need, and they rarely took credit for doing so. Instead they lived in the background, waiting out dangerous situations so that they could swoop in and rescue the world … all while wearing a mask, of course.
Not only did this teach us it's important to be prepared at all times (seriously did they wear costumes under their real clothes every single day?), they taught us to be humble. While the heroes got credit for their work, most of these folks had an alter ego that let them live a "normal" life.
Even when you or your business does something great, it's important to stay humble, and to keep your eyes on what's ahead.
Star Wars
Again, here everyone had their favorite. You might be a Han Solo fan, lover of Yoda, team Leia, or even one who's rooting for Vader – we won't compare who's best. But rather we look at how they represented space-dom as a whole. Through use of the Force, flying skills, and sheer willpower,  these characters were able to accomplish a mission.
What's their secret? They all worked as a team. Both good and bad sides had cronies who were well trained in the toughest of situations. By utilizing what each member was best at, they were able to work toward a common goal. Don't forget to use those around you for your franchise, and to surround yourself with workers who you can really trust. (This goes for those outside the "team," too, including accountants, lawyers, and more.)
Willy Wonka
Think this incredible chocolatier wasn't a hero? Think again. After all, he rescued a whole slew of Ooma Loompas and gave them work and a safe place to live, all while inventing and churning out gobs of delicious candy. Oh, and most impressively of all, he managed to keep it a complete secret. Sure he was a little strange, but that only made him even more intriguing.
So what's the big take-away here? How he chose his successor, of course. After creating a media frenzy, Wonka tested golden ticket winners to see just what type of people they really were. Tricking isn't always nice, but neither is handing out trade secrets. Keep his creativity in mind and don't be afraid of your outside image (even momentarily), so long as your business will gain from the experience.
American Gladiators… and its Contestants
If you don't remember the show, American Gladiators, it was  a premise where warriors in elaborate costumes fought off challengers in a series of athletic events. For instance, guns that shot tennis balls, muscling one another into a foam pit, and so on. Even if you didn't have a favorite gladiator, you knew they were there to compete. They had size, muscle, and experience with the games all on their side. Meanwhile, contestants were coming in as the underdog in order to gain pride on the show.
From both sides of this story, we take their bravery and perseverance into account. Week after week, newcomers stepped up to the plate for this extreme physical challenge. Meanwhile, gladiators trained to keep in peak physical shape and to provide the best barrier possible.
From them, we learn the importance of training ourselves (even mentally), and not to steer away from a challenge. Running a business is hard, but instead of giving up or simply doing the bare minimum, take each difficulty head-on. Be brave. Even if you don't "win," you learned something new, and you showed the world you don't scare easily.
Who are your childhood heroes? Chances are they brought plenty of positive experiences to your younger days, and ones that you can work into your professional life today. Recall these actions for new ways to gain inspiration and motivation within your new business.