8 Tips for Starting a Franchise in the Winter 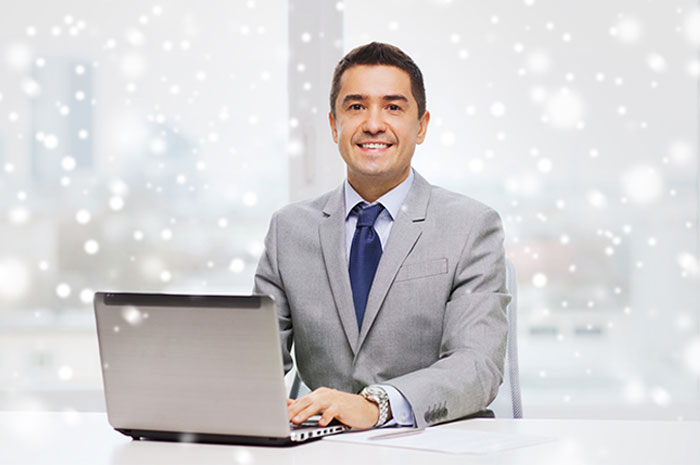 8 Tips for Starting a Franchise in the Winter
Though business may speed up as the weather cools, it's often seen as a slow time of year for starting new business. Real estate essentially comes to a standstill. New locations wait until spring to open, and any forward progress on up and coming ideas might stick to the logistic stages until weather is able to cooperate. As well as until when banks, contractors, etc. are able to take on new work. Which often won't open up until the start of the new year.
However, we aren't always ready to wait on our franchise ideas. So often, time is money, and waiting until things are more convenient for other people mean not making money. Rather than planning for when something is expected, or when it might work better for other people, why not make a franchise open when it's most convenient for you, the owner? (And when no one else is doing it.) That way you can get up and running as soon as possible. Making money, have all of your ducks in a row, and preventing loose ends from being untied for too long of a time.
So how do you make the franchise work for you? And how are you able to make progress, even when others aren't able to do the same?
1. Plan Ahead
If you know you're going to be opening months later, get in touch with bankers, workers, etc. as far in advance as possible. If they have you on the books, there will be no denying services. Or if they do, it will be much harder to deny you, and likely give them a negative strike against their reputation.
2. Know the Right People
It's often said it's not what you have but who you know, and this is no different. Friends will be far more willing to do work out of season, or recommend you to others. This just might be the best time to call in favors, especially when it's getting closer to crunch time.
3. Take Advantage of Sales
Items will be going on deep discount. Whether they're out of season or just overstocked. And now is the time to buy. Gain access to everything you're sure you'll need, and buy up as much as possible. That is, so long as you don't go over budget. Also ensure nothing will expire or go bad before you're able to use it.
4. Get a Good Property Deal
If buying, winter is actually one of the best times of year to purchase real estate. The market is generally down and people assume folks aren't buying. But if you just happen to be one of those who are buying, you'll gain yourself a great deal – maybe even in a better location than you thought you could afford.
5. Train Up
Whether it's yourself or employees who have expressed interest, before you open is actually a great time for training. Before you're busy and while you still have plenty of excitement to learn – but without all the bad habits. Consider signing up for group training events, classes, and more in your "down" time.
6. Buy "Last Season's" Décor
Furniture, carpets, etc. are something stores go through fairly quickly. In order to make room for the new stuff, they have to get rid of last year's items, often by putting them on extreme sale. They might see these items as dated, while you can see it as a cheap way to furnish new franchises. Go for classic colors and shapes to avoid looking as "old" as the store will treat said items. With the right pick you can use these items to stay modern and fresh for years to come.
7. Check Seasonal Permits
Generally permits are required in order to get certain acts done, especially when involving construction, electrical, etc. Depending on your city, you might be able to get a reduced rate – or an easier time at gaining them – during the slow season. Poke around to see what's kosher for your area, and if you can get more done quicker by focusing on the off-season. (This also might mean it needs to be done sooner, which might not be a bad thing.)
8. Shop Auctions
In the colder weather, closing businesses will want to get rid of items, and get rid of them quickly. Be on the look out for auctions, estate sales, etc. that might net you some important items at a deal. This might include seating, tables, tile, windows, signage, etc. All on a quick turnaround and at a discounted price.