8 Times Franchisees Revolutionized Industries as We Know Them 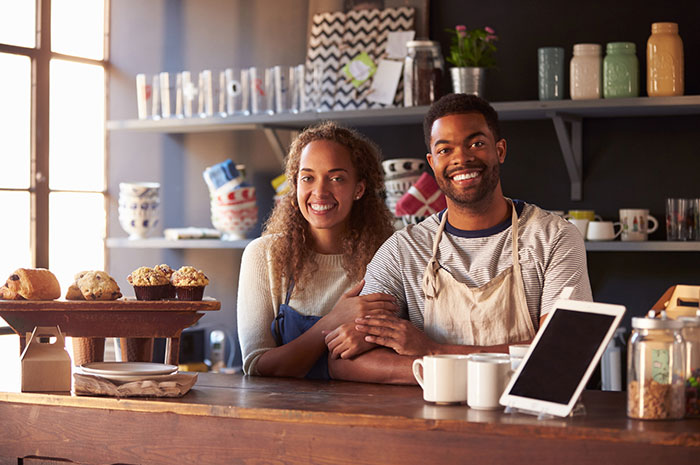 8 Times Franchisees Revolutionized Industries as We Know Them
Can you think of a time before you could get a milkshake in seconds flat? What about way back when kids had to jump on dangerous trampolines? (The kind with no net.) Or how about when it was the daily norm to turn channels from the TV itself … or by moving those sensitive signal grabbers known as rabbit ears. Whether you lived them or not, these eras were all an important part of American history. Each of which once served as the daily norm.
Then, as demand changed (in most cases, for the better) and technology advanced, brands found bigger and better ways to provide us with the same services. And in true chicken-or-the-egg fashion, it was both large brands who coined these new processes, as well as small guys who made it big with their newly successful ideas.
Take a look at instances where these upgrades not only made for quick growth, but changed the way we look at services today.
1. Milkshakes
Back in the day, making a milkshake meant hauling out the blender. Or, if you were at a diner, it meant sitting back while the clerk hand-scooped ice cream and slid a metal cup into a machine. It was these machines that allowed restaurants to become "fast" and produce the desserts quickly.
This process soon drew attention, specifically at McDonald's, which led the owners to stock up on more and more mixers … until the machine salesman himself wanted a piece of the action. Later, this brought on automatic mixing machines, which are still used today and seen as the daily norm in restaurant franchises.
Can you imagine if milkshakes were still handmade today? It would certainly be more of a tedious process!
2. Carpet Cleaning
Today, carpet cleaning is done with big hoses and machines, often a van that holds it all –while cleaning, or just hauling from place to place. However, before carpet cleaning became popular in the franchising realm (or in any broad scale), it was done through a series of old wives' tales. Women shared secrets of what items could clean out which stains. Big clothes were also used as tarps as folks were eating.
Thankfully, we can now have our carpets cleaned efficiently, and don't have to be as mindful about the messes we make.
3. Bouncy Houses
Those inflatable "houses" where kids run gleefully and jump? You can thank franchises for that. Brands now travel with their own toys that can be set up in your yard. They also offer static locations where parents can visit and let their children wild. No need to buy your own model or deal with more dangerous items like trampolines; franchises took this playful practice and brought it to how we know it today.
4. Mailing Packages
Once upon a time, the Post Office was the end-all-be-all for mailing. They were the only choice for sending off letters or boxes of any kind. But after some ingenuity from some small-time locations, the idea of a third party shipper went wide stream. We now have various options when mailing packages, a notion that's available across the entire country and beyond.
5. Electronic Sales and Repair
Extended warranties, protection plans, repair coverage, and more – all of these are a daily norm when shopping for electronics. Even if you never upgrade for the extras, you at least expect to be asked. That's all due to the growth of electronic stores as franchising chains. When everyone offers similar products (or even the same brands), at some point, it's all about customer service in order to get a leg up on the competition. This began with guarantees, and stores never looked back. Now it's considered normal to ask for or obtain repair promises with any large electronic purchase.
6. Sandwiches
Fresh bread and ingredients you get to pick – all on a meal that's made right then and there, in front of you. Without franchisees, this idea would never exist. Today multiple brands have taken on this method; it's even branched out into other types of cuisines, like Mexican, pitas, salads, and more.
7. Coffee
Get it with sugar, milk, non-dairy milk, cold, in a giant cup, and however else you'd like it. While, way back when, coffee was just coffee, the morning beverage has been transformed into a completely customizable, all-day event. Coffee your way has gone so mainstream that it's no longer just corner shops serving it up – gas stations ( find a gas station franchise ), restaurants, and coffee franchises are now incorporating elaborate ways to intake your caffeine.
8. 24-Hour Fitness
Working out can be a way of life, but it can also be this thing you do whenever it's convenient. Thanks to the ease of access to gyms, those of all interest levels in physical fitness can get their fill, when they need it. That often means 24-hours a day, and with classes, weight stations, décor that boasts encouragement, and more.
Though gyms were once only for the hardcore (or those who lived near a gym), franchises and their method of easy accessibility have since brought the idea of working out to the masses.
Are you ready to help make even more franchising history take place? Get in touch with us today!