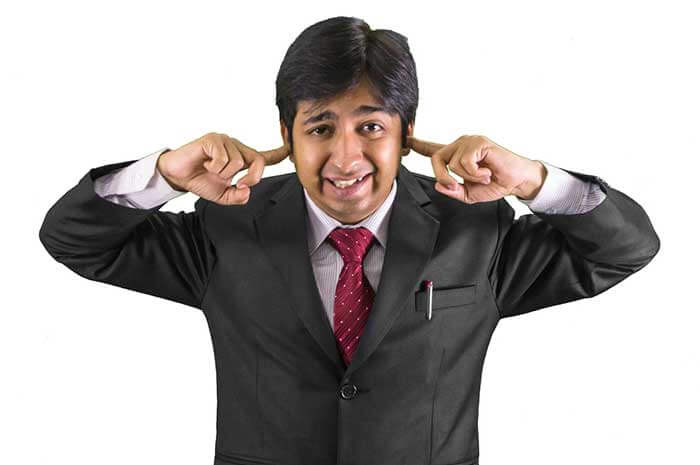 There will always be those who talk down upon what you do. From insults, to a lack of understanding, to flat-out telling you what you shouldn't do as a franchisee, there are plenty of people who think they have a say in your professional life. And it's time to push those opinions to the curb. Especially of those who come with a negative attitude.

Tell them to take their bad mood elsewhere, cause you're dreaming of franchising and they're in danger of running it for us all!

The good news, of course, is that you don't have to listen to everyone's opinions. Just because folks are allowed to think and tell you those thoughts, doesn't mean you have to agree … or even to listen to what they have to say in the slightest.

Filter out the bad stuff, and instead, draw in from those you respect most. Those are the only opinions you should value, after all. Kick the other stuff to the curb and focus on the positive instead.

One of the best ways to stay positive with your future franchise is to cut out bad influences on your day. From those closest to you, to those you rarely see. All of these folks can put a serious damper on your progress. Ignore them and shut down their comments. This is one of the best ways to move forward and go about your day as positively as possible.

2. Know Your Own Goals

Anyone can put their opinion on you, saying such and such is a good or bad idea. But don't take their thoughts to heart. Know what you're after, what you're capable of, and that you can make it a reality. Push their comments or actions aside, and instead focus on your own goals for your business.

3. Fill Your Time with Like-Minded People

In the same way you want to cut out the negative influences, you should, instead, fill those gaps with people who have similar thoughts or dreams. Perhaps even those who have been there first. Listen to podcasts, get coffee and talk with others, scrub your social media follows, and so forth. By making this important distinction you can do wonders for your mood, and eventually, your progress, on a daily basis.

4. Tune in to the Rags to Riches Stories

There are some seriously successful people who had to overcome great hardships in order to get where they are today. Use their stories as motivation to pick yourself up and keep going. If these folks were able to overcome all that was against them, you can certainly gain confidence in knowing that you can too.

If you're able to realize when folks aren't helpful from the get-go, you can avoid them more quickly. Be on the lookout for comments or feedback that will interrupt your dreams and instead, avoid those avenues. In the same light, you'll learn to recognize influences that are helpful toward your franchise and you can easily pursue them.

6. Get Advice From Others

One of your biggest resources in your entire franchising journey will be other franchisees. Those who have been there first. Reach out, ask them how they overcame certain obstacles. Did they ever feel discouraged? How did they get past that feeling? Find how they were able to cope and you can gain better insight on how to re-channel your own energy and efforts toward more productive avenues.

7. Do What Makes you Happy

Of course if you're ready to become a business owner, it's time to move forward with those goals! Find work that you enjoy and work to own and run a business that you can be proud of. Your own accomplishments alone will allow you to take pride in what you've accomplished, meaning you can ignore all the rest. Over time, confidence will overtake any doubts you might have had, allowing you to continue with your thriving business.