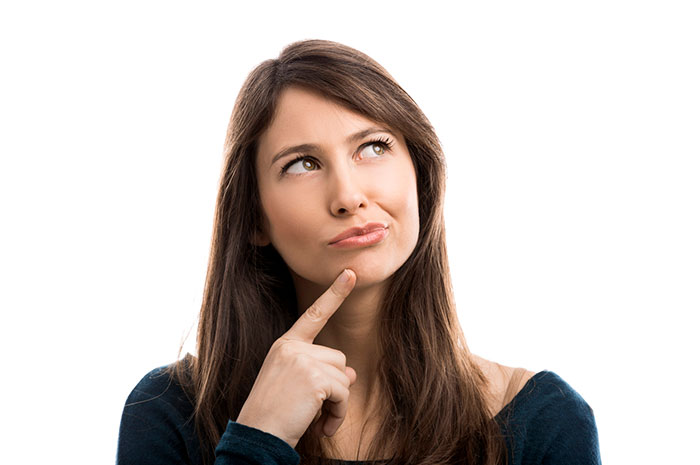 7 Deal Breakers to Put Out of Your Mind When Starting a Business
In your venture to start a business, you will likely come across all levels of advice, whether or not you asked for it. It's human nature to put yourself in others' shoes, and with that means hearing "Well I would do this" or "Make sure you avoid..." more times than you would prefer. And while some of said advice might be helpful, it can also cause you to have your doubts.
What if such and such goes wrong? What if Martha is right? What if Fred's freak scenario happens to me, too? Most often, these doubts were things you might have never even considered. Or that you had ruled out as an underlying factor. Then thanks to some nosy friends, it's all you can think about.
Despite their concerns, however, chances are you're stressing yourself for no reason. Other than because a trusted source got into your head.
The next time you hear all that can go wrong, remember to settle your mind and to take advice with a grain of salt. After all, this is your franchise.
Check out these common "deal breaking" categories and remember that many issues will fall under the following.
1. If it Costs More than $X
It's not exactly kosher (or comforting) to talk funds with others. For those who have the gall to ask about your finances, have a general statement prepared that doesn't give away much info. Something along the lines of, "I'm already squared away with the bank" or "The franchising brand and I are still discussing." (Then again, if it's a loved one with actual financial knowledge, talk with them at your digression.)
For whatever reason, folks love to decide how much others can afford, including you and your business. But don't overthink their opinions. Banks and franchising brands will work with you thoroughly to ensure you aren't overspending. Listen to the experts in your field, not someone who's decided to butt in.
2. If They Won't Give you What you Want
You're buying a franchise, not a house. While some negotiating is allowed, there are also several legal boundaries that you must follow. Remember that much of what you want might not be within company standards. But that doesn't mean you can't work toward higher goals in the future. Instead of expecting X, Y, and Z, ask how those things can be incorporated in the future.
3. I Heard Such-and-Such About That Brand
There are stories about every brand, the chances are that someone has always heard something, good or bad. The problem then becomes trusting what is or isn't true. While you can always research and look at backgrounds, you also shouldn't put a kibosh on the entire deal from one (possibly sketchy) story.
4. You'll Have to Work Terrible Hours
If you like your job, no matter when you're there it won't be considered "terrible." While you might have to work more hours as a business owner, that shouldn't be a deal breaker, either. After all, that's how you ensure future success. Besides, once you're more established you'll be able to take time off and rely more on seasoned employees.
5. So-and-so Worked There, And ...
More hearsay. Besides, the location that someone else worked at is not the same as yours. The experience will also be as an owner, meaning you can put solid work ethics into place. But most notably, all this info is coming secondhand, so you can't know just how trustworthy it is. Even trusted sources are fed mini details that tend to change each time it's told.
6. You'll Be "Stuck"
Isn't that the whole point of owning your own business? Keeping it for the long haul? Of course you can always sell, but in general, franchising is a long-term operation. Not one that you start for a few months before moving on. Don't think of it as a career in which you're "stuck," but rather as a commitment to your personal and branding success.
7. Do you Want to Do X for the Rest of Your Life?
Yes, yes you do. Only you won't just be doing one thing, you'll be doing all things:  management, brand growth, employee training, and more. Each of these skills is one you can learn and get better at over time. But that also means there is a large variety to your day. You won't be "stuck" doing anything because you get to do everything.
Then again, if there's a task you don't like, pawn it off, you're the boss after all. Find someone you trust and enlist their help for better expertise, or simply because you're busy elsewhere at the time.
Much advice will be given throughout the course of your franchising journey. And while some will be more helpful than the rest, be sure to avoid taking the negativity to heart. Listen intently, let these "deal breakers" settle, then remember why you're making this move, and all the good that is to come. More often than not, you'll realize it's a non-issue, and instead, you can focus on your upcoming venture.