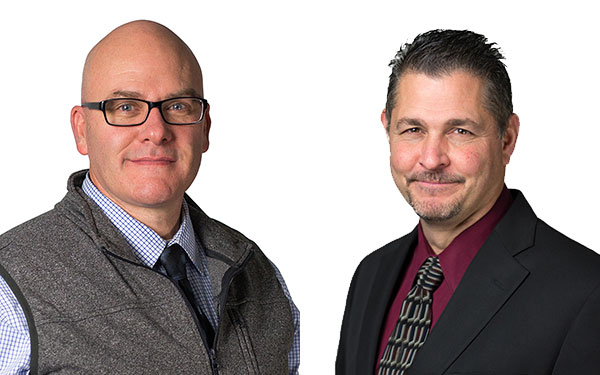 Mr. Manus, a 7-year employee of the company will assume responsibilities for providing and communicating the overall creative direction for the Ziebart brand to the company’s creative team including graphic design and video production. Mr. Manus joined Ziebart as a Jr. Graphic Designer, and has held positions of Graphic Designer and Creative Manager. Mr. Manus holds a Bachelor of Fine Arts degree from Wayne State University. He has served as a board member of the Direct Marketing Association of Detroit and Specs Howard School of Media Arts.

Mr. Wolfe, a 7-year employee of the company, will assume responsibility for managing all Credit and Collection functions, Building Maintenance, Consumer Services and worldwide Order Services. Mr. Wolfe joined Ziebart as a Corporate Accountant, and was promoted to Credit Manager in 2012. Tim holds a Master’s of Management degree from Walsh College, as well as a BBA from Central Michigan University.

“I am very pleased to announce the promotion of these very deserving employees to Director roles,” said Thomas E. Wolfe, President and Chief Executive Officer of Ziebart International Corporation. “We view these internal promotions as another great win for our growing company.”

Ziebart International Corporation represents a global franchise network of vehicle appearance and protection services for over 58 years. Kurt Ziebart, the corporation’s founder, rust protected his first vehicle in 1954 and established the business in Detroit, Michigan in 1959. The corporation currently operates over 400 locations in 31 countries with over 950 service centers worldwide. Ziebart is the world’s leading name in automotive services that protect, preserve and enhance the appearance of cars and trucks