Several businesses to open their doors in Mabank 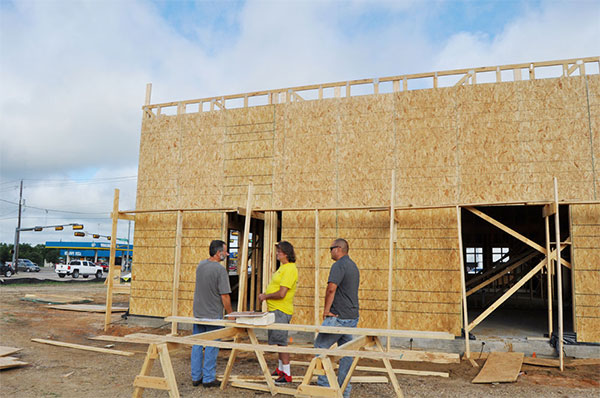 Mabank is experiencing a growth spurt with the downtown Market Street in full swing, a new Tractor Supply Company, Panther Plaza and now a Dickey's BBQ on the corner of Business Highway 175 and State Highway198 (Third Street).
Dickey's BBQ Owner/Operator Guy New already has success with his store located in Rowlett near Lake Ray Hubbard.
A fifth-generation Texan, New is an entrepreneur who has his hand in several businesses. He has owned an information technology consulting company for the past 20 years and is also a real estate investor.
New decided to begin franchising with Dickey’s in 2011 and has successfully operated his first location in Rowlett, just east of Dallas, for the past five years.
He will open his second store in Mabank by August and a third store possibly in Gering/Scottsbluff, Nebraska. “I’m excited about opening Dickey's in Mabank, this is a great town,” New says. “Engaging with the community is the best part of owning a Dickey’s, and we look forward to expanding in this new location.”
New said he gives the Mabank Economic Development Corporation credit for Dickey's BBQ picking the location in Mabank. “They were great to work with.”
While building his new location in Mabank, New said he uses a local contractor and a local bank.
“They have all been great to work with,” New said. “Very friendly people.”
New is already making plans to become part of the Henderson County community.
“I am putting together a 5K run, car, truck, motorcycle, boat and off-road vehicle Show-n-Shine with Vince Vance and the Valiants,” said New.
New said his stores are in the process of raising money for the Van Zandt County tornado victims.
“I love the Dickey's corporate office is very big into supporting local police and fire department,” said New.
Mabank Mayor Jeff Norman said, “This is really exciting. We have been working on a number of things that are finally here.”
Norman said the new Panther Plaza located next to the Mabank Intermediate School will soon be the home to new dentists and some retail shops.
The Mayor said it's not only the business community growing, “ The housing industry is also showing growth. More people are moving to Mabank.”
The renovation of downtown Mabank on Market Street has attracted many new visitors to the city's historic downtown.
“Normally starting about Thursday Market Street sees a lot of traffic,” said Norman.  “If you haven't visited downtown Mabank lately, maybe it's time you do.”
0
Add Franchises To Basket<br /> For Free Information
Request Free
Information