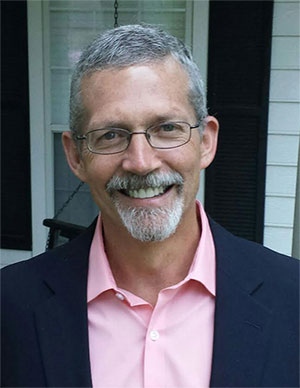 The eight new stores will be located on the I-10 Corridor and will all open within five years
(Lake Charles, LA) Dickey’s Barbecue Pit has partnered with Marshland Foods, LLC to open eight new locations along the I-10 Corridor. The first store will open in Lake Charles, LA, and two new store openings will follow in Beaumont, TX. Other new stores will open in Baton Rouge, LA, Pearland, TX, Sugar Land, TX, Cypress, TX and Baytown, TX. All stores will open within the next five years.
With over 30 years in the restaurant industry, Marshland Foods partner Robert Ray will operate the new stores. "I am excited to move my career into an owner/operator role of a multi-unit operation and partner with the largest barbecue chain in the country,” Ray says. After researching the Dickey’s Barbecue Pit franchise opportunity for a year, Ray and Marshland Group Founder and Managing Partner Rick El-Mogazi were impressed with Dickey’s innovative and successful business model. “We concluded that Dickey’s Barbecue Pit was the best investment for our group after speaking with other franchisees and observing Dickey’s high-tech innovations in customer experience,” El-Mogazi said.
Marshland Foods, LLC is an affiliate of the Marshland Group, LLC. Founded in 2015 and headquartered in Lake Charles, LA, Marshland Group seeks to combine financial assets and expertise with operating partners who have a long track record of success in food service and other industries.
Currently there are 139 Dickey’s locations in Texas and eight in Louisiana.
“We are proud to further expand our brand’s presence in Texas and Louisiana,” says Roland Dickey, Jr., CEO of Dickey’s Barbecue Restaurants, Inc. “We congratulate Robert Ray along with Marshland Foods on their development agreement and look forward to their store openings.”
To find the Dickey’s Barbecue Pit nearest you, click here. Find Dickey’s on Twitter, Facebook and Instagram.
About Dickey’s Barbecue Restaurants, Inc.
Dickey’s Barbecue Restaurants, Inc., the nation’s largest barbecue chain was founded in 1941 by Travis Dickey with the goal of authentic slow smoked barbecue. Today, all meats are still slow smoked on-site in each restaurant living up to the company tagline, “We Speak Barbecue.” The Dallas-based family-run barbecue franchise offers a quality selection of signature meats, home style sides, tangy barbecue sauce and free kids’ meals every Sunday. The fast-casual concept has expanded to 550 locations in 43 states. Dickey’s was recognized for the third year by Nation’s Restaurant News as a “Top 10 Growth Chain” and by Technomic as the “Fastest-growing restaurant chain in the country.”