Top Rated Child Enrichment Franchise! The global fitness industry is worth approximately $87.2 billion, with 201,000 gyms and over 174 million members across the globe. Our scalable business model makes RockStar Martial Arts a sound investment.

*Please contact "RockStar Martial Arts" to confirm the accuracy of any information provided on this page.

RockStar’s proven systems and processes are redefining the martial arts industry. By specializing in family martial arts, a unique program developed from more than 30 years of martial arts experience, RockStar has positioned itself as a leading martial arts franchise.

James Boecker began his martial arts journey in 1982 and fell in love with the art. With great mentors to lead him in both business and martial arts training, he opened his first studio in 1994.

Within a few years, his studio had become the most successful gym in its market. By the late 90s, James was earning a living doing what he loved, and he wanted to show others how to do the same. Soon after, he built the largest martial arts organization in Texas and sold it in 2013.

Following his success, Boecker founded RockStar in 2014 with his wife, Shiva. With James’s professional experience and Shiva’s passion for personal growth, they recognized a need for a concept that not only promoted health and wellness, but also placed a special focus on practical leadership lessons for kids.

Franchise efforts began in 2018. With seven successful locations throughout the Dallas-Fort Worth area, RockStar Martial Arts is now setting its sights on nationwide expansion.

The rest of RockStar’s history could include you and your journey.

The global fitness industry is worth approximately $87.2 billion, with 201,000 gyms and over 174 million members across the globe. Our scalable business model makes RockStar Martial Arts a sound investment. Here are a few ways that franchising with RockStar could benefit your investment portfolio:

We place our training centers in high end retail settings and next to popular anchors. 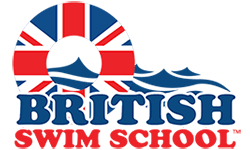 British Swim School is a franchise dedicated to teaching water survival skills to individuals of every age and ability. British Swim School has leveraged a proven franchising model to become a leader in the $5 billion Learn to Swim School industry. This is a low investment and easily scalable model. Learn more now! 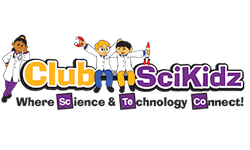 Club SciKidz is an educational and technology enrichment program for children ages 4 to 15 that utilizes interactive presentations of structured science-themed activities in a fun, nurturing environment. We are the leading premier STEM summer camp company. Learn more about the costs, benefits, and available locations today! 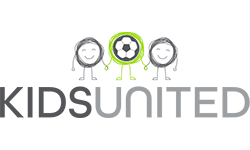 KIDSUNITED is looking for partners to share their love of children's development through soccer. We are certain you have a lot of questions. We are here to provide you with the answers and guide you along the way. Through our programs and professional team, we have given thousands of children a learning experience that last a lifetime. KidsUnited is a rewarding, profitable, and efficient business model that utilizes unique systems, processes, and proven operational practices.

Experience the joy of watching children’s confidence grow as they learn math skills and pursue their dreams using our proprietary, time-tested teaching method. One of the world’s fastest-growing franchises, Mathnasium gives you the satisfaction of helping kids, while also helping yourself do well. No teaching experience is needed. Learn more now! 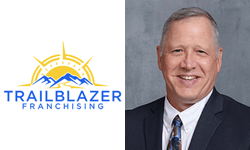 Educate and guide Trailblazers to the right franchise opportunity and help them own their future. Trailblazer Franchising helps aspiring entrepreneurs find and engage with profitable franchise businesses. Learn more now!