Home of the Original Buffalo Wing and part of food history. Expanding nationally with plenty of territory available for franchisees to grow. Learn more about joining our team now.

*Please contact "Anchor Bar" to confirm the accuracy of any information provided on this page.

We are currently accepting inquiries in these states:

History
The Anchor Bar created The Original Buffalo Wing in 1964 and now 50 plus years later is still a landmark in Buffalo and destination for visitors from around the globe. Our bottled wing sauce now retails in over 3,000 supermarkets. Beginning with a core group of locations in the Buffalo and Toronto areas, we have grown in new markets such as Detroit, San Antonio, Frederick (MD), Atlanta and Los Angeles.  New units are in the works in Chicago area, Florida, Austin (TX) as Anchor Bar paves the way towards becoming a truly national brand. Our franchise base is very diverse including individuals and groups with various backgrounds from restaurant management to IT.

About the Franchise
The Anchor Bar, though known best for its wings and sauces, has a diverse menu consisting of pizza, burgers, Buffalo favorite beef on weck, great appetizers, salads and desserts. Our sports bar area features traditional and craft beer popular in the area along with specialty drinks and wine. The locations are a blend of family friendly casual dining, sports bar atmosphere and great food and drink.

Franchisees opening a traditional location will need 5,000 to 6,000 square feet of space, will receive a protected area and can open multiple locations if qualified. While restaurant experience is helpful it is certainly not required. The training, support and coaching the franchisees receive is exceptional and ongoing in all phases from site selections to operations. Our operations team regularly visits franchisees on site long after they have launched. We are a brand with deep history and culinary achievement, great atmosphere and growth potential for franchisees to build entire markets. 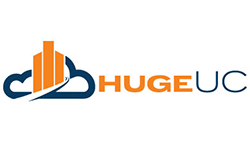 The HugeUC Affiliate Program provides you with the opportunity to own your own business in the Telecom Industry, offering state-of-the-art cloud-based phone systems to small and large businesses. Work from home or office, no employees necessary, no overhead or inventory requirements and you make your own hours. HugeUC provides training, support and all back-end functions so that all you need to do is focus on bringing in new customers and building your business.

Leveraging tech for restaurant success. Become a "Restaurant Hero," uniquely positioned as a Certified Advisor to restaurants in your EXCLUSIVE market, learning the ins and outs of our "Restaurant Success Playbook". Learn more about the costs, benefits, and available locations today! 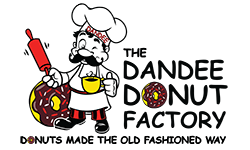 Get ready to roll some sweet dough with Dandee! The Dandee Donut Factory's franchise opportunities can make your business dreams come true!

Island Fin Poke is committed to a growth strategy that is resolute to the long-term success of our franchisees. Dedicated to the highest standards of intelligent investment, we have strategically created small, uncluttered yet cohesive restaurant design. Learn more now! 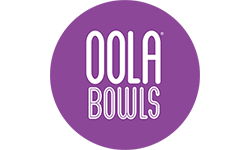 Why Franchise with Oola? Positive culture. Simple to operate. Be your own boss. Profitable. We are first passionate about people, then food. Our business has the best tasting acai, remarkably positive customer service and efficient systems that we would love to share around the world! Learn more now.

At Bruster's our simple retail model distinguishes us from the other franchises by focusing on serving ice cream and related products filled with the giant chunks of real fruit, candies, cookies, nuts and other delicious mix-ins. We have 200 successful units open in 22 states!

Discover our simple, niche concept with limited direct competition. Our true French macarons are the perfect delicacy, original and elegant; French gelato, French pastries, and more!  No baking experience, no problem for our franchisees, each signature pastry is handcrafted by our team of French chefs at the Le Macaron French Pastries commissary. 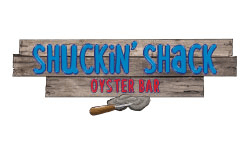 Shuckin’ Shack Oyster Bar represents the fond memories everyone has about heading to the coast. Family vacations, get-togethers, weekend getaways, or just day trips to the beach are filled with poignant memories of salt air, toes in the sand, and of course delicious seafood, great drinks, and fun times.

Poke Burri is growing fast, were working on launching new locations across the country and were looking investors, franchisees and talented people to join us on our journey. Learn more about joining our team now!